I used to go to a tiny little spiritualist centre near where I lived, and I met a lady called Jenny. I used to sit next to her because we used to talk before the service started. [One evening] she ruffled in her bag and said “oh, this is for you”. I looked at it and it was a book called ‘The Awakener’ by Sandy Stevenson.  I put it in my bag and at that time I couldn’t get enough of Spiritualism and mediumship and all the things pertaining to the Spirit world.

When I got home it was about 10pm and I started to read this book and it was like “Oh my God” because the book was telling me that you are here for a reason. You are here as part of a massive team to help the planet.

There are lots and lots of things that i remembered had happened when i was a tiny little girl and I thought ‘that makes sense actually’.  There were times I thought ‘I’m different’ and I never felt as if I belonged here.

That feeling has gone now because I’m a lot older and I’m used to the ways [of spirit], but when I was small there were lots and lots of clues I had.  When I reflected on that after looking at the first couple of pages of this book I realised and I read the whole book over a very short period of time.

This book was saying that the planetary changes have been ordained by God and the reason for it was that this planet has been on a third dimensional energy for a long long time.  The planet herself, Mother Earth, is a living energy-being who has given selflessly for millenia. There’s been nuclear bombs, there’s been war and all all kinds of atrocities for which she’s selflessly allowed humanity to grow and evolve but there came a time when she was tired and she gave out a call asking the Divine for help; that she wanted to now transit to a new dimension for some peace and quiet.

So the call went out across the universes for planetary beings to incarnate on the planet, to help the plant and humanity to transit.

You probably won’t realise but there’s many energies hitting the planet and hitting us every day. There’s light energies coming forward and these are energies which are helping us to change.  There might be what we look at as negative things happening, for example relationships may break up or people begin to realise that they don’t like their job and want to do something different.  Lots of people begin to feel unsettled as if there’s something else they want to do and this is all part of the change, all part of what’s actually going on.

I feel the message from the Spirit world is ‘Don’t be Afraid’.  If there’s something that you’ve really wanted to do, the spirit world will be behind you and actually it is part of the plan.  Something that at some point in your life you agreed to do, either for humanity or your community or your family. It doesn’t matter how small or big it is, everybody is feeling these changes.

This is a transcript of a Spiritual address given by Brenda Hodson during our Divine Service on 12th August 2018, at Thundersley Christian Spiritualist Church. 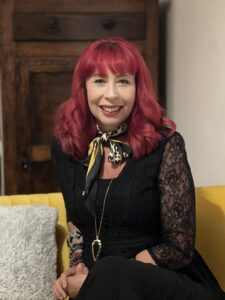 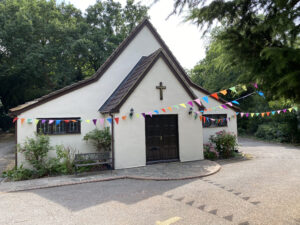 Why we are a ‘Christian Spiritualist’ Church 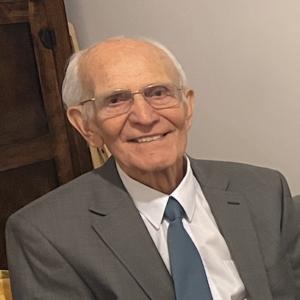